AIAS Bologna won the 'Inclusive Living' category with their practice 'Support service for women with disabilities who are victims of discrimination and/or violence '. This practice looks at the setting up of a support service which all women with disabilities can easily access and can benefit from a flexible and tailored response to their situation of discrimination and/or violence. 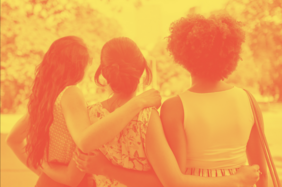 Name of practice: Support service for women with disabilities who are victims of discrimination and/or violence

Description of the practice:The project is part of a collaboration between AIAS Bologna and MondoDonna (an anti-violence centre in Bologna) and involves the setting up of a support service which all women with disabilities can easily access. These women can benefit from a flexible and tailored response to their situation of discrimination and/or violence. This support service and the parallel training activities aim to help girls and women with disabilities to better understand their gender identity, body, and needs, as well as their rights to friendly, emotional, and sexual relationships. The programme encourages the recognition of situations of violence and helps to build effective support for the victims through a combination of social service workers, and professionals including law enforcement and the local community.

Problem Targeted: Reports at national and European level show that women and girls with disabilities are more likely to become victims of gender-based violence, in particular domestic violence, and sexual exploitation. It is more difficult for women with disabilities to report such cases, especially when the violence is carried out by the person taking care of her, and on which her own survival depends. In many cases, the women themselves do not recognise the violence or discrimination experienced.

Furthermore, professionals (social service workers, lawyers or administrative staff) often do not consider women with disabilities as possible victims hence there is a lack of structural pathways and operating modes that take into consideration their needs as victims of domestic violence. As established by the European Group of Experts on Action against Violence against Women and Domestic Violence (GREVIO) in its evaluation report published in January 2020, concrete and targeted policies and actions are needed to protect women with disability from all forms of violence and multiple discrimination at national level.

Solution Offered: This service aims to overcome the shortcomings of traditional services that tend to provide standardised solutions which do not account for the individual woman and the specifics of her situation. To cater for these needs, a multidisciplinary team is formed, which include experts on gender violence together with experts in disability. Moreover, the service has established national networks with other local entities, associations, professionals and policymakers.

The combination of these elements better enable the service to effectively observe the unique needs and conditions of each individual woman and provide flexible and complex responses. Communication channels put into place have lowered the accessibility barriers for victims in accessing the service, allowing for more victims to be supported. Furthermore, requests for support from other regions have been taken up and solved in collaboration with organisations in close vicinity with the women.

Impact Generated by the Practice: On a policy level, this service has led to the inclusion of the ‘disability’ variable in data collections on anti-violence in the metropolitan area of Bologna. This is of great significance, as a quantification of cases will allow for greater visibility of the issue which in turn will lead it to receive more attention in future policy decisions. Initial results of this can already be seen through the inclusion of the topic of gender and disability in the political agenda and creation of a policy working group.

Specific training sessions to engage professionals on this topic are held regularly, receiving high participation. The key success element of this experience is the collaboration and the sharing of knowledge between organisations dealing with disability and experts/organisation dealing with gender-based violence. A programme consisting of 5 meetings was launched in relation to the project, in which women with disabilities were actively involved in reflecting on their identity, on their experiences with their body and on the strategies that can be put in place to assert their rights.

Sustainability of the practice: The organisation is aiming to further scale the operations to new regions and cities. Their current goal is to have the service become structured and financed by public funds as a metropolitan primary service.